[UPDATED February 2nd] Toyota has been forced to suspend all production at its plants in Japan for one week because of a parts supply shortage caused by an explosion at the factory of its supplier Aichi Steel. 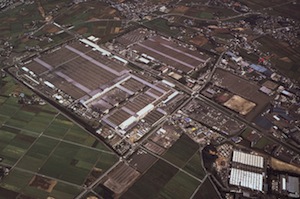 The company makes speciality steel products and forgings for Toyota, and is part owned by the carmaker. The suspension will run from February 8-13th, with full production recommencing on February 15th (Monday). It will affect Toyota’s four main assembly plants – Motomachi, Takaoka, Tsutsumi and Tahara – as well as a total of 12 plants among six body makers. The suspension will also impact production at Toyota's plants producing components and parts, but that will only be for the duration of February 8, which will be counted as a holiday. That includes seven plants making engines, transmissions and other major components at Kamigo, Shimoyama, Honsha, Kinuura, Miyoshi, Myochi and Hirose.

“We’re experiencing a shortage mainly related to engines, transmissions and chassis,” a spokesperson for Toyota said, adding that the special steels that Aichi Steel supplied were used as structural components for many different parts. Toyota would not comment on the number of parts affected.

In a statement, it said that it would continue to take any measures necessary to minimise the impact of the incident on vehicle production. Those measures could include production on alternate lines operated by Aichi Steel, and procurement from other steelmakers, according to the statement.

“We made an overall decision of stopping production at the vehicle plants for one week after taking into consideration such things as the status of parts supply using stock, alternative production processes, and back-up production by other steelmakers,” the spokesperson confirmed.

The supply problem does not affect any plants outside of Japan, and engine and transmission plants in Japan will continue to operate to supply overseas production, other than on the February 8th.

Toyota does not disclose monthly production plans but in 2015, global production for Toyota and Lexus vehicles was 8.93m vehicles, with 3.2m made in Japan and around 5.4m made overseas.

The explosion at the Aichi Steel plant, which is in Chita, happened on January 8th and its cause is still being investigated. It damaged the reheating furnace and parts of the plant at the No.2 Bar Mill Shop building. No one was hurt in the explosion, though four employees were taken to hospital for precautionary medical checks.

“We will continue to work hard to ascertain the causes and formulate measures to prevent recurrence of such accidents,” said Aichi Steel in a statement, adding that it was striving to restart operations to meet customer needs.

As with previous disruptions, such as the 2011 Japanese Tohoku earthquake and tsunami, there is an immediate impact on Toyota’s much emulated lean production system and the supply chain feeding it. However, as previously reported, Toyota implemented measures to avoid the extent of any threat to the system in the wake of the disaster in 2011.

"After the 2011 tsunami, we did start reviewing our supply chain towards greater risk management, to find strategies to avoid disruptions in case of a major event (natural or industrial)," said the spokesperson for Toyota. "This included visualising the supply chain down several rungs of the supplier tier system, asking suppliers to cooperate to visualise their supply chain, and diversifying to the extent possible the sourcing of some risk parts to have back-up."

According to Toyota, the measures it is using in response to the Aichi Steel explosion are an example of how it has strengthened the supply chain since 2011. " I think we were better prepared than before to plan countermeasures and avoid greater disruption," the spokesperson said.