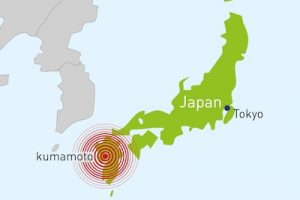 Toyota is still facing disruption in the supply of parts to its assembly facilities in Japan, following the Kumamoto earthquakes last month.

The carmaker said this week that production would continue at all assembly lines in Japan to May 21st but that beyond that “decisions regarding production will continue to be based on a thorough assessment of the parts supply situation”.

Toyota suspended production to vehicle lines across Japan in stages from April 15th-23rd, before restarting it during April 25th-28th. It then closed operations for a scheduled holiday break until May 6th when all facilities again began production.

As reported last month, analyst IHS Supplier Business has suggested it could take Toyota more than four months to recover its lost volumes.

The disruption to parts makers, including the likes of Aisin Seiki and Renesas, affected Toyota more than any other carmaker. Following the shutdowns across its own plants in Japan, the carmaker is now assessing what the impact will be at its plants overseas.

In related news, GM, which suspended production for two weeks at four of its high volume plants in North America because of parts shortages resulting from the Japanese earthquakes, has announced that production has now restarted. The plants affected were Spring Hill, Tennessee; Lordstown, Ohio; Fairfax, Kansas; and the Oshawa Flex Assembly plant in Canada.

The company said the move was not expected to have any material impact on its full-year production plans in North America or on its financial results for the region.