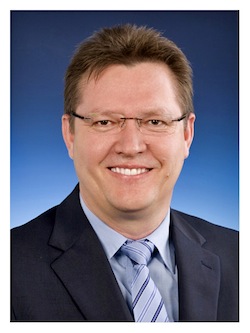 Panalpina is appointing Peter Triebel (pictured) to head a new fourth region in its global organisation of markets. The logistics provider has realigned its regional set up to include the Middle East, Africa and the Commonwealth of Independent States (MEAC), which will take effect in January 2014, and made Triebel chief commercial officer (CCO). Headquarters for the new MEAC region will be in Dubai in the United Arab Emirates. The new four-region set-up comprises of Americas, Asia Pacific, Europe and MEAC.

“On the one hand this will reduce the complexities associated with the current setup,” said the company in a statement. “On the other hand it will make it easier to tap into the many business opportunities in the fast growing markets between Port Elizabeth in South Africa and Sakhalin in Russia.”

Triebel started his career as an export manager at Swiss freight forwarder Jacky Maeder and acted as its CEO when Panalpina bought the company in 1999. Since then he has held various senior management positions for Panalpina in Europe, Africa and Asia. He is currently area manager for Northwest Europe.

The reorganisation also means that Karl Weyeneth will become CCO responsible for Sales, Marketing and Quality as well as taking on responsibility for the company’s Operations Transformation Program. Weyeneth, who has acted as Panalpina’s chief operating officer since 2008, is expected to drive growth while playing a crucial role in securing and fostering key customer relations, said the company.