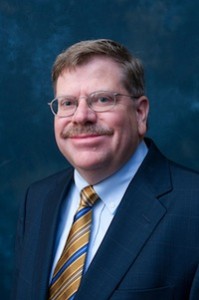 Steve Tripp, head of worldwide vehicle transportation at Fiat Chrysler Automobiles (FCA), is retiring from the company this week. He joined Chrysler in 2004 as senior manager of inbound logistics.

Tripp has over 30 years of automotive supply chain experience at Ford and Chrysler, and has managed all aspects of the supply chain, including inbound parts and outbound vehicles, domestic and international. He has held senior positions in material handling engineering, assembly production control, Chrysler Transportation (Chrysler’s private fleet) and a range of other logistics-related areas.

Tripp has also been a much-valued contributor to Automotive Logistics and Finished Vehicle Logistics conferences in North American for a number of years, bringing the wealth of his experience to some of the more pressing problems faced by the industry and presenting some innovative thinking in the process.

To take one example, at last year’s Finished Vehicle Logistics conference in California, Tripp suggested that delivery times for vehicles in the US could be cut by using a relay strategy for trucking volumes long distance. From Detroit to Los Angeles, for example, he said the same truck could swap drivers in segments of anything from 300-600 miles each. In such a system, Tripp suggested that lead times could be reduced from the ten days it typically takes to move vehicles by rail from Detroit to LA to as little as two days, which he said would have a massive impact on both inventory carrying costs and on customer satisfaction (read more here).

While a permanent replacement is sought for Tripp, Bill Cook will be responsible for FCA’s worldwide vehicle transportation. Cook is head of worldwide logistics and customs, a role he has held since 2011. He joined the company when it was DaimlerChrysler back in 1999.