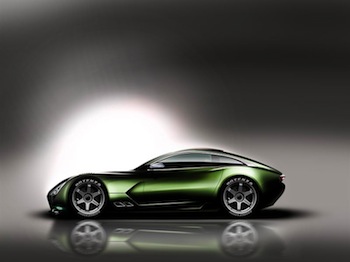 Following the news that Aston Martin has chosen South Wales to build its crossover DBX, British sports car maker, TVR, has said it will also build a production facility in the region, located in the Ebbw Vale Enterprise Zone. The project represents an investment of £30m over the next five years, with some of that coming from the Welsh government. The facility is expected to be up and running by late 2017, and annual output is projected to hit 2,000 when fully operational.

“South Wales is becoming a major hub for automotive and motorsport technology and development, and the area is a serious opportunity for business development and job creation,” said Les Edgar, chairman of TVR. “We have a sports car project that has garnered global approval and excitement, and we are delighted that the Welsh government wish to become a part of an exciting new era for TVR.”

TVR has not revealed details of the supply chain at this stage, but a spokesperson for the carmaker did say that as many parts as possible will be sourced from within Wales and the UK.

“It’s really case of the region becoming a major new UK hub for the automotive industry,” the spokesperson told Automotive Logistics. “Transport links are good and there is a major new road project in the area that will improve things even further for access to the English road networks.”

TVR’s spokesperson went on to say that the skills base in the area was strong and that as the region attracts more and more tier suppliers, manufacturers like TVR will have a great local supply base.

“It was felt that Wales would allow TVR to develop its own identity far more than if it had located to the midlands region of England.”

The carmaker is working on a launch edition sports car that includes an F1-inspired ‘ground-effect’ technology. TVR said it will be the first production car to be made using the iStream assembly process, designed by Gordon Murray Design.

The vehicle will be driven by a V8 Cosworth engine.

Once up and running, the facility will work on fulfilling orders that are already running to the end of 2018.