With the official date now set for the UK to begin its exit negotiations with the EU, the focus has shifted onto how those discussions will progress and whether a deal can really be struck in just two years 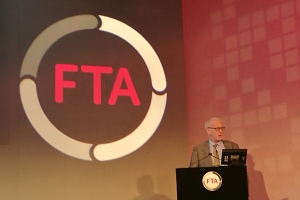 Rollo: UK will need to complete a number of separate negotiations as a result of its exit from the EU

Completing negotiations over the UK’s exit from the European Union in just two years is looking increasingly unlikely, it has been warned.

With the official Brexit process about to get underway, nine months after the referendum calling for it, the countdown has now started for officials on both sides to agree new trade conditions and avoid a ‘cliff-edge’ of customs blockages and steep WTO tariffs for those companies operating intricate supply chains between the two regions.

Experts and opposition parties are already forecasting a transition period after the two years of talks, however, in which current trading conditions remain while the two parties take more time to negotiate a final trade agreement.

“It will not be possible to unpick and re-stitch every aspect of EU law as it applies to the UK – and then to ratify the outcome in more than 30 national and regional parliaments – in the space of 24 months,” said Nick Clegg, former UK deputy prime minister and shadow secretary of state for exiting the European Union for the opposition Liberal Democrat party.

The EU has signalled that it will call its first summit of members on April 29th to agree its own Brexit guidelines, a month after UK prime minister Theresa May’s Article 50 trigger date.

In a press conference in December, the EU’s chief negotiator, Michel Barnier, claimed there would probably be fewer than 18 months in which to negotiate a deal, given the time required afterwards for ratification by the member states.

Speaking at the Freight Transport Association’s Keep Britain Trading event on March 15th, David Jones, the UK’s minister of state at the department for exiting Europe, said the UK government was targeting a phased process of implementation once any new arrangements had been finalised, giving companies time to plan for the change.

“This will be in the mutual interest of the UK and EU because it is no one’s interest for there to be a ‘cliff-edge’ for businesses,” said Jones. “This does not mean we will be seeking some unlimited form of transitional arrangement — that would not be good for the UK nor would it be good for the EU,” he added.

Avoiding any step change in arrangements was a key priority set out by industry after the prime minister’s speech in January in which she laid out government’s priorities ahead of negotiations. At that time, however, May warned that if Britain felt it was not getting a good deal from the EU, she would be willing to take a harder approach and could even forego any trade deal at all.

Addressing specific concerns about the UK being forced out of the customs union with the EU, meanwhile, Jones said the options for customs arrangements included a completely new arrangement or the retention of certain elements of the current agreement. “Whatever form that customs arrangement takes, and whatever the mechanism to deliver it, we will seek to maintain many of the benefits that businesses currently enjoy,” he commented.

The exit sequenceProfessor Jim Rollo, deputy director at the UK Trade Policy Observatory at Sussex University, went on to map out the sequence of agreements required as negotiations get underway.

But he described the prospect of a new trade deal being finalised between Europe and the UK within two years as “optimistic”, suggesting that the UK had a number of separate negotiations to consider.

These, he said, were: claiming an EU-independent seat at the World Trade Organisation; reaching a new settlement for UK-EU trade; striking a deal with the 53 countries that have existing free trade agreements with the EU; dealing with 92 developing countries through the Generalised System of Preferences (GSPs) – a preferential tariff system which provides for the formal exemption from the more general rules of the WTO; and forming new free trade agreements with any other countries it might wish to trade with.

These talks would not likely all happen in parallel and would require some sequencing, he said. The WTO element was probably the first agreement required, he suggested, as it would set the base from which future free trade agreements were negotiated; while the EU agreement would probably come next, given the uncertainty surrounding the UK’s future relationship with its biggest trading partner.

“Third countries are not going to be terribly interested in doing a deal with [the UK] if we are in a situation where we don’t know what our long-term relationship with our biggest, closest customer and supplier is,” noted Rollo.

Prioritising which further countries to approach for negotiations was also important, he said, with an obvious initial candidate being the US.

Summing up, Rollo was sceptical about any concrete free trade agreement being reached with the EU within the mandatory two-year negotiation period. “I have to say, two years to do a deal with the EU looks optimistic. We could be in a position where we haven’t even started,” he warned.

The ideal outcome after two years, Rollo suggested, might be to stay with the status quo for a fixed five-year term during which the parties could negotiate a comprehensive trade deal. While that outcome was unlikely, he admitted, an implementation period may be agreed by both sides to allow for adjustment, once any new deal is negotiated.

In its own Brexit Manifesto, the FTA called for transitional trade measures that "will help to ensure that the transition towards a post-Brexit UK is as seamless as possible".