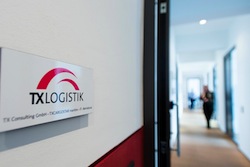 European rail provider TX Logistik has completed a test run for a new service that could provide regular vehicle and parts shipments for Volkswagen Group between its Audi plant in Györ in Hungary and the Salzgitter engine plant in Germany. The trial run was carried out on behalf of Volkswagen Logistics.

Trains ran in both directions along a 1,100 kilometre route that crossed the Austro-Hungarian border at Hegyeshalom and the Austro-German border at Passau. The company reported that despite adverse weather conditions both trains arrived at their respective destinations only slightly later than scheduled.

A spokesperson for TX Logistik said that there would be further details on the service once the bid was complete. He said that thanks to its own licences and multi-system locomotives it can organise its own transport of vehicles and automotive components, either independently or in close collaboration with OEMs and companies specialising in automotive logistics.

In conjunction with its Ingolstadt plant the Audi plant at Györ plant makes the Audi TT Coupe and Roadster, as well as the Audi A3 Cabriolet. In June this year it added the A3 Sedan, which is the first model to be completely manufactured at the facility. The A3 will be shipped to the global market, including growth markets in the US and China, where it will be introduced in 2014. It will be available in Europe from this autumn but advance sales have already begun in Germany. The facility produced 33,553 cars in 2012.

Audi also makes engines at the Györ facility for the VW Group, and produced a total of 1.9m engines last year. The carmaker is celebrating its 20th anniversary in Hungary this year and has invested a total of €5.7 billion ($7.63 billion) in the site in Györ.

VW’s Salzgritter plant produces around 7,000 gasoline and diesel engines a day, involving 370 different types, ranging from 3-cylinder to 16-cylinder versions. More than 1.5m engines were produced there in 2012. According to VW, around 200 trucks and 50 railcars arrive at and leave the plant each day, carrying parts from 700 different suppliers.