​Ulbrich is new VW board member for production and logistics 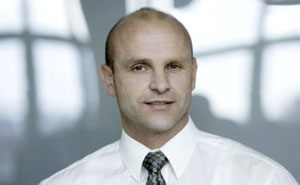 These changes will both come into effect from April  1st 2014.

Ulbrich was most recently the head of production and logistics at the Shanghai-Volkswagen joint venture, with responsibility at five plants. He   graduated in vehicle engineering and has worked for Volkswagen since 1989. In 1996 he relocated to China to become head of logistics at FAW-Volkswagen, one of the carmaker’s joint ventures in the country. In 1998 assumed responsibility for assembly at the OEM’s Wolfsburg plant, before taking over management of plant logistics in Emden one year later. Ulbrich has since served as production director of Volkswagen commercial vehicles in Hanover before joining SVW four years ago.

Dr Hubert Waltl studied mechanical engineering: he started his career at Volkswagen in 1973 as an apprentice at Audi. From 1994, he held various management positions in tool making and production planning, namely in Ingolstadt and Neckarsulm. In 2002 he was given responsibility for the Audi Toolmaking Division, before being appointed board member at Volkswage Passenger Cars in 2007. [sam_ad id=6 codes='true']