Under PSA, Brexit and imported parts could put Vauxhall plants at risk 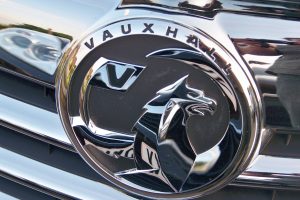 The long-term fate of Vauxhall post-Brexit, and as a part of French carmaker PSA Group, has become less clear because of uncertainties over how trade barriers could impact its supply chain and its role in the combined PSA-Opel production network.

PSA's €1.3 billion ($1.47 billion) acquisition from GM agreed this week of Opel and Vauxhall’s European automotive operations, includes Vauxhall plants in Ellesmere Port, near Liverpool, and Luton, near London. While the plants appear safe for several years thanks to job and production guarantees that PSA has promised to honour, the situation beyond 2021, especially post-Brexit, could see the plants put at risk.

Both plants export the majority of their production to the rest of the EU, while also relying on a large share of imported parts from Europe for production. The potential imposition of tariffs and custom barriers for moving products between the UK and Europe would harm the competitiveness of the plants – a risk that has grown since the UK prime minister Theresa May confirmed the country would leave the European single market and customs union to seek its own free trade deals.

PSA's chief executive Carlos Tavares has confirmed that he wants to revive the loss-making Opel/Vauxhall brands without plant closures or job losses should the companies' operations be able to achieve efficiency and performance targets. However, he acknowledged that Brexit posed risks. Already, GM management admitted that Opel/Vauxhall would have achieved its breakeven target in 2016 if it wasn't for the Brexit vote and the subsequent decline in the value of pound versus the euro and dollar. More fundamentally, the risk of trade and tariff barriers would change the outlook for the UK plants over the long term, including a switch from an export to domestic supply.

“Nobody knows how [Brexit] will unfold. Nobody knows, but if you think deeply about the two scenarios – either it is hard [Brexit] or soft. If it is soft, then it is all about performance and making sure that the UK performs as well as all other countries," Tavares said. "In that, the UK plants might even benefit from the weakness of the pound [for exports to Europe]."

In the event of a hard Brexit, however, then the plants would need to focus more of their capacity towards serving the UK market – which would also require sourcing more components from the UK.

“If it is hard, there is a nice opportunity to source more parts from the UK, so that the cost structure will be more in pounds like the revenue structure. If it is a hard Brexit, we need the supplier base to develop, and that is something the UK government understands.”

A shift to focus on the UK market primarily would, however, suggest a smaller role and capacity for the UK plants, given that they currently export the bulk of their production to the rest of the EU.

"If it is not a hard Brexit, then we will all be happy because everyone will benefit from that [continued free trade]," concluded Tavares.

There is a risk that production could be moved from the UK to other European plants. Ellesmere Port is set to build the current Astra through 2021; however, it already share production of the model with Opel's plant in Poland, and the next generation model could be at risk.

Meanwhile, Ian Fletcher, principle automotive analyst at IHS Markit, said the Brexit vote did not make the future of the Luton facility easy to safeguard either, given the lack of clarity on the eventual trading relationship between Britain and Europe. The Luton plant currently builds vans based on Renault designs.

“Any consolidation is likely to mean that this relationship with Renault will be dissolved further down the line, and the vehicles built at this plant would most likely be moved onto a PSA platform already built out of Valenciennes (France), making this site favourite to build these vehicles," commented Fletcher.

A chorus of call for supply chain investmentTavares was the second carmaker executive in so many weeks to call on the UK government to focus more on supplier localisation. Last week, Nissan's head of supply chain management and purchasing, Colin Lawther, warned of a similar local supply base issues at its facilities in the country, saying some of its vehicles were composed of just 15% locally sourced parts.

“I am determined that we can convince the new boss, Mr Tavares, that it makes sense for him to continue to build in Britain," said McCluskey in a statement. "Our plants are the most productive in the European operation, the brand is strong here, the market for the products is here, so the cars must be made here.

However, he added that Brexit was harming the UK automotive sector, and he called on the UK government to ensure free trade continued with Europe, at the same time that the government should encourage investment in the UK supply chain. "Wednesday’s budget is a perfect opportunity for the government to make is clear that it will preserve our trading arrangements and that it will invest for our auto sector’s future now, beginning with assistance for the reshoring of components,” said McCluskey.

"It's disappointing, therefore, that the Chancellor hasn't prioritised additional funding for supply chain development, nor addressed the flaw in business rates that disincentivises investment in plants and machinery," said Mike Hawes, chief executive of the Society for Motor Manufacturers and Traders (SMMT).