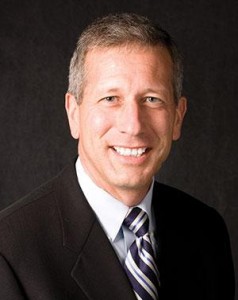 Lance Fritz (left) has been elected CEO of North American rail provider Union Pacific by the company's board of directors. He succeeds John Koralski, who has now become executive chairman.

Fritz is also president and has most recently been serving as COO in addition to that role. He was also elected to the company's board of directors.

"Lance has the right combination of leadership skills, experience and expertise required to lead one of America's largest and most successful companies," said Steven Rogel, Union Pacific's lead independent director. "The board regularly reviews and updates its robust management succession plan, and we are confident Union Pacific will continue to deliver industry-leading customer service and strong shareholder returns under Lance's guidance."

"I am humbled and privileged to have the opportunity to lead Union Pacific," Fritz said. "Our experienced leadership team is unparalleled and will continue to play a key role in shaping Union Pacific's strategy. They join me in sharing all of our employees' passion for our mission to serve customers, shareholders and communities."

Koraleski was appointed president and CEO in March 2012. He joined the railroad in 1972.