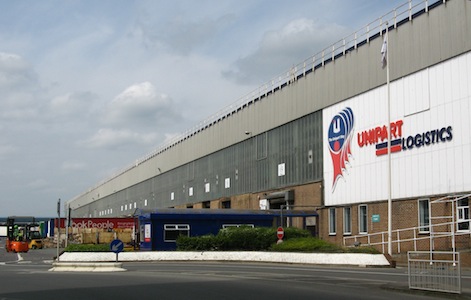 At the same time, however, the Group reported a loss on total operating profit, including joint ventures, of £26.2m: in 2012, the figure was £28.8m. Profit dips were recorded in the logistics and consulting sectors.

Unipart deals across a range of industries, a key one of which is automotive and the company’s investment in global expansion in this sector has helped to build the total turnover results.

“We extended our global footprint in India, China and Australia,” said Unipart chairman and chief executive John Neill. “We were very pleased to announce new distribution contracts with Toyota in India and a five year, full spectrum aftermarket contract with Qoros Automotive in China.”

A new facility at the Unipart Eberspächer site in Germany will make high-tech fuel system components for next generation passenger cars. It will begin by providing the parts for Ford vehicles and is set to manufacture half a million parts per year. The 2,500 sq.m site has capacity to quadruple production, which would make it one of the largest manufacturers of high pressure gasoline direct injection fuel rails in the world.

The company has also announced a second new facility at Kautex Unipart (KUL), the joint venture between Unipart and its German partner Kautex Textron, which currently produces around 640,000 fuel tanks annually for leading UK automotive manufacturers. KUL has opened a new 7,500 sq. m facility to carry out assembly and sequencing operations.

The company has also signed a joint venture with Coventry University in the UK to create an engineering and manufacturing institute.