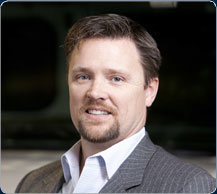 David Larson, senior vice-president of business at United Road, announced his resignation last week, with the 14th October his last working day for the North American finished vehicle logistics company. He is taking on a role at as vice-president of business development at Comprehensive Logistics Company, an inbound logistics and automation company.

In a statement, Larson thanked United Road’s clients and stated his conviction that the group’s future was in safe hands. “I remain an incredible fan of United Road and everyone I’ve had the opportunity to work with – from our global vehicle manufacturers to our auctions, dealers, and single unit clients.”

United’s president and CEO Kathleen McCann paid tribute to Larson’s service, and thanked him for helping to achieve steady progress for the company. “Dave was a critical member of the team…part of his legacy is the solid team he built. I join him in his confidence that he is leaving United Road’s customers in very able and dedicated hands.”

A successor has not been announced.