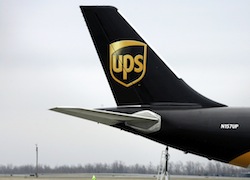 UPS is expanding its services in China with the addition of two contract logistics facilities in Chengdu and Shanghai. They bring the total number of contract logistics centres that UPS has in the country to more than 130, covering 87 cities.

The company said the two facilities are located close to international airports and major road networks and are built to support a diverse spectrum of growing Chinese industries that included automotive. Customers will also have connectivity to UPS global IT platforms for distribution and post-sales support.

“UPS is committed to supporting emerging market demand and helping customers expand into new markets in China,” said Jim Barber, president of UPS International. “Expansion efforts, such as the opening of these two facilities, will bring unmatched resources to our customers looking for a national distribution platform in China.”

The 4,300-square-metre Chengdu facility provides warehousing and distribution to central and western China, including to Chengdu and Chongqing. It is located 4km from Chengdu Shuangliu International Airport, providing convenient access to major foreign markets, and is in close proximity to major interstate roads to the Southwest.

The company said that its close proximity to the hub enables later cut-off times for express and freight exports to key markets in North America, Europe and within Asia. It is UPS’s fourth facility in the area and is designed to meet the needs of multinational companies looking to increase their business operations in the domestic Shanghai market, said the company.

The addition of these two centres brings UPS's total contract logistics footprint in China to more than 93,000 square metres.