US announces tentative deal with Mexico 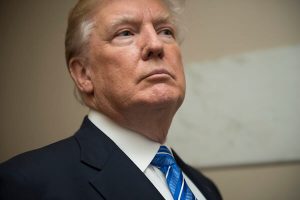 Following a year of renegotiations over the North Atlantic Free Trade Agreement (Nafta), the US administration has this week outlined the basics of a new bilateral agreement with Mexico on trade in agriculture and manufactured goods, including finished vehicles and automotive parts.

The move follows President Trump’s rejection of the existing 24-year old trade deal with Mexico and Canada as “the worst trade deal ever made”.

“We’re going to call it the United States-Mexico Trade Agreement, and we’ll get rid of the name Nafta,” said Trump this week. “It has a bad connotation because the United States was hurt very badly by Nafta for many years. And now it’s a really good deal for both countries and we look very much forward to it.”

Trump also used the announcement to put pressure on Canada by suggesting that it would be easiest to put tariffs on vehicles imported from there to the US.

While the details have yet to be made public, the initial agreement looks to increase the regional content of vehicles and parts required to quality for duty-free status, as well as establish new rules-of-origin requirements “to incentivise billions a year in vehicle and automobile parts production in the US”. Trump said doing so would create more reciprocal trade, support high-paid jobs and protect intellectual property in the country.

The agreement with Mexico is expected to be signed in 90 days but has to be approved by Congress.

As made clear by the Office of the US Trade Representative (USTR), the new bilateral deal with Mexico calls for 75% of vehicle content to be made in the US and Mexico to avoid an import tariff, an increase from the regional requirement of 62.5% currently under Nafta. It also requires 40-45% of vehicle content be made by workers earning at least $16 per hour.

These two new targets provide an opportunity for all three countries to bid to secure additional manufacturing in the coming years, according to Guido Vildozo, senior manager, Americas light vehicle sales forecasting at analyst IHS Markit.

“Should we expect one or more of the countries developing an automotive growth sector policy to hit that target? As such, this a golden opportunity for the manufacturing sector that will beyond a doubt come at an additional cost to the existing value chain and ultimately the consumer,” said Vildozo. “How much will it cost and when it evolves are hard to say at this point of time.”

Market access The new Market Access chapter of the agreement will more effectively support trade in manufactured goods between the US and Mexico by removing provisions that are no longer relevant, said the USTR, updating key references and affirming commitments that have been phased in from the original agreement. Specifically, the Market Access chapter maintains duty-free treatment for originating goods and maintains the prohibition on export duties, taxes and other charges, as well as the waiver of specific customs processing fees.

It also updates provisions for duty-free temporary admission of goods to cover shipping containers or other substantial holders used in the shipment of goods.

That raises the prospect of more expensive cars. With a 25% import tariff the average price of a Canadian vehicle sold in the US would increase by $5,750 and a Mexican vehicle by $4,800, according to figures presented by PwC Autofacts at the Finished Vehicle Logistics Import Export summit held in Baltimore earlier this month.

Who stands to benefit?In a telephone call with Trump this week, Mexico’s outgoing president, Enrique Peña Nieto, said the new deal would be very positive for both countries and was a product of what had been often difficult and complex negotiations aimed at renewing, modernising and updating the existing agreement to promote greater productivity in North America.

It now remains to be seen if Canada can be brought into the agreement or whether the US will establish a separate deal with the country.

“The race for the new trade terms for the automotive sector within North America is finally on,” said Vildozo. “With the US and Mexico finally acknowledging a preliminary accord, the pressure for Canada to come onboard quickly is on. This really opens up the door for who benefits most from the new terms of the agreement.”

Trump said in the call with Nieto that his administration would “give them [Canada] a chance to probably have a separate deal”. He added that negotiations with Canada would start shortly, but in a typically provocative statement he also said it would be the easiest thing to impose a tariff on finished vehicles made in Canada and imported to the US.

As revealed in initial responses to the recent Nafta survey conducted by Automotive Logistics, carmakers and their service providers appear to support efforts to modernise Nafta and believe that a better deal could be achieved for all. They also believe that uncertainty surrounding the renegotiation has been bad for business, causing automotive companies to hold back investment.

Representing the interests of FCA, Ford and GM in Washington DC, the American Automotive Policy Council (AAPC) said it had supported the negotiations to create a modernised Nafta and was optimistic that the new agreement would maintain and encourage the ongoing competitiveness of the North American automotive industries.

“We will be reviewing the details to ensure it creates a trade environment that allows FCA US, Ford and GM to continue thriving, creating jobs and growing our economy,” said AAPC president, Matt Blunt. “We commend the United States and Mexican negotiators for their success and urge them to work with their Canadian counterparts to complete this negotiation.”