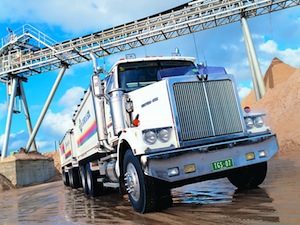 An appeal by the American Trucking Association (ATA) against recently enacted hours-of-service rules for drivers has been rejected by the US Court of Appeals, except for a provision that called for short-haul drivers to take a 30 minute break, which has been overturned.

“While we are disappointed the Court chose to give unlimited deference to the Federal Motor Carrier Safety Administration’s agenda-driving rulemaking, the striking down of the short-haul break provision is an important victory,” said Dave Osiecki, ATA senior vice president of policy and regulatory affairs.

The US Department of Transportation's Federal Motor Carrier Safety Administration (FMCSA) brought in the new hours-of-service regulations on July 1st this year. They are designed to improve safety on US roads by reducing truck driver fatigue. However, there is concern in the trucking industry that the regulations will lead to tighter capacity and higher rates as delivery schedules are compromised.

The FMCSA’s rule limits the maximum average working week for truck drivers to 70 hours, down from the previous limit of 82 hours. It makes provision for drivers who have reached 70 hours of driving within one week to resume only if they rest for 34 consecutive hours, including at least two nights between the hours of 1am and 5am. It also requires truck drivers to take a 30-minute break during the first eight hours of a shift. The rule retains the current 11-hour daily driving limit.

Trucking companies were given 18 months to adopt the new hours-of-service rules for truck drivers, which were first announced in December 2011 by the FMCSA.

“Only the most extreme schedules will be impacted, and more than 85% of the truck driving workforce will see no changes,” said the FMCSA in a statement.

According to FMCSA administrator Anne S. Ferro, the industry stands to benefit from $280m in savings from fewer large truck crashes and $470m in savings from improved driver health. “Most importantly, it will save lives,” she added.

Carriers that allow drivers to exceed the 11-hour driving limit by three or more hours could be fined $11,000 per infringement, and drivers are faced with potential civil penalties of up to $2,750 for each offence.

Hank Pressley, senior director for field solutions, safety, health and security for Ryder Supply Chain Solutions, confirmed that the impact for HOS would be greater for long-haul type carriers. For Ryder, which has a significant amount of dedicated trucking operating in regional or relay networks, the impact is expected to be minimal. "Leading up to July 1st, our engineering team ran routing and driver utilisation studies based on the new regulations to identify any constraints and found that only 10% of our operations would be impacted by the new HOS rules," he told Automotive Logistics.

Pressley said that the 34 hours restart rule had led to a percentage of operations being re-scheduled, but that the company had been able to mitigate the impacts.

Pressley did confirm that Ryder supported the overturning of the FMCSA rule for short-haul drivers to take 30 minute breaks, however. "We support a short rest period. However, the general nature of most short-haul driver work days are making numerous route deliveries or stops, not long stretches of uninterrupted driving that could be conducive to driver fatigue," he said.

A spokesperson for Schneider National, a major US trucking provider, declined to comment on the latest ruling, but pointed to the company’s official position. Schneider said that the HOS rules would impact driver productivity and necessitate re-engineering existing routes, updating and testing dispatch software, renegotiating prices and contracts with customers and retraining the fleet and driver. “These activities cost millions of dollars and cannot be absorbed by carriers alone; the shipping community will bear additional costs in the form of increased rates and decreased productivity,” said the company.

The company had instead suggested that the prior rules on driver rest needed to be better enforced, and had previously recommended that the FMCSA mandate the use of electric-onboard recorders to monitor compliance.