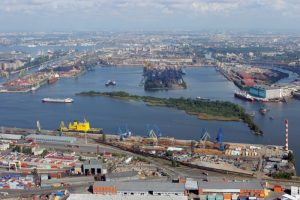 The US Securities and Exchange Commission (US SEC) is investigating Ford for the alleged payment of bribes to Russian customs officials at the Russian port of St Petersburg.

Ford is involved in a wider investigation that includes DB Schenker, which is itself under scrutiny from the Cologne Public Prosecutors Office into alleged ‘facilitation payments’ to individuals at the port of St Petersburg by its employees. The suspected bribes were allegedly designed to speed up container shipments through the port. However, the US SEC investigation does not involve DB Schenker, according to a spokesperson from the German logistics provider, who was unwilling to comment further.

In a separate statement sent to Automotive Logistics by Ford the carmaker said:

“Ford is committed to legal compliance and business ethics in all of our operations around the globe, and we expect the same from our vendors. We fully support and cooperate with any government inquiry. We do not comment on specific matters involving ongoing proceedings.”

Asked to confirm its part in the Ford investigation the US SEC declined to comment.

According to a report from news source Reuters two Ford employees, eight current and former workers at Schenker and one employee from a Russian contractor are under investigation.

Schenker is reported to have dismissed a number of members of staff over the allegations and is continuing its own internal investigations according to Reuters.

In March this year Dr Thomas Lieb resigned suddenly from his role as head of DB Schenker Logistics, and gave up his role as chairman of the Management Board of Schenker. However, there was nothing to suggest this was linked to the investigation underway.