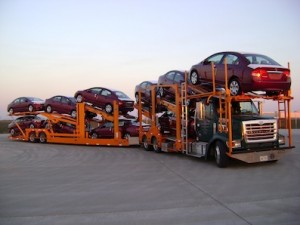 The US trucking industry has welcomed the first step in the suspension of an hours-of-service (HoS) regulation that limited the maximum average working week for truck drivers to 70 hours and stipulated a restart rule of at least two nights of rest between the hours of 1am and 5am. A vote held by the Senate Appropriations Committee (SAC) on 5 June has upheld the suspension of the ruling for one year while the Department of Transportation (DoT) conducts a deeper study of the rule’s impact on safety. This now needs to be passed by the Senate, which is expected in October this year.

The HoS rule, which was brought in at the beginning of July last year by the US Federal Motor Carrier Safety Administration (FMCSA), was designed to improve safety on US roads by reducing truck driver fatigue. However, transport providers have protested since it was proposed that the regulation would increase congestion on roads during daylight hours, lead to tighter capacity and increase rates as delivery schedules and routes were compromised. Their other contention was that the restriction on driver productivity would result in fewer miles driven and fewer hauls per day, negatively impacting wages in a difficult driver hiring market.

While an appeal by the American Trucking Association (ATA) against the rules was rejected by the US Court of Appeals last year, the SAC vote in June has been welcomed by the association, which was quick to respond.

“Since these rules were proposed in 2010, ATA has maintained that they were unsupported by science and since they were implemented in 2013 the industry and economy have experienced substantial negative effects as a result,” said ATA president and CEO Bill Graves. “Today, thanks to Senator Collins’ leadership, we are a step closer to reversing these damaging, unjustified regulations.”

The move was also supported by the outbound sector. While careful to stress the safety aspect of the debate a spokesperson for Jack Cooper Transport, the biggest US auto hauler said:

“Jack Cooper supports hours of service rules that help ensure our roads and highways will continue to be safe and efficient for all drivers throughout the US, including our vehicle delivery truck drivers.  To this end, the company supports a temporary suspension of the 2013 regulatory change to the workweek “restart” rule in order to allow for a study focused on whether or not such a regulatory change may have created unintended consequences that could actually make our nation’s roadways less safe.”

The suspension of the FMCSA rule would reinstate a maximum working week of 82 hours for a truck driver. For the last year drivers who reached 70 hours of driving within one week could resume work only if they rested for 34 consecutive hours, including at least two nights between the hours of 1am and 5am. It also required truck drivers to take a 30-minute break during the first eight hours of a shift.

According to the FMCSA the industry stands to benefit from $280m in savings from fewer large truck crashes and $470m in savings from improved driver health. “Most importantly, it will save lives,” said FMCSA administrator Anne S. Ferro when the regulations were brought in.

Figures from the US National Highway Traffic Safety Administration (NHTSA) for 2012 show that a total of 3,921 people were killed or injured by crashes involving large trucks.

However, the ATA said that safety was compromised by the increase in trucks on the road during daylight hours as a consequence of the restrictions on driving hours.

“This is not the end of this debate,” said Dave Osiecki, ATA executive vice president and head of national advocacy, “but thanks to the hard work of ATA’s members, the professional staff, ATA’s federation partners and the courage and leadership of senator Collins and others on Capitol Hill, we are one step closer to reversing these damaging regulations.”