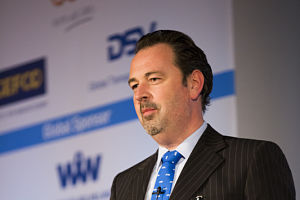 Joannes Van Osta is now based in Moscow as general manager of operations for JCB in Russia.

JCB is a privately owned manufacturer of construction machinery, headquartered in the UK. It has a global presence and manufacturing facilities on four continents.

Van Osta is a transport, logistics and supply chain professional with a broad experience in operations.

He joined the company a decade ago as manager of group transport, moving to the UK from a role with Federal Mogul, based in China.

His replacement in the UK has yet to be named.