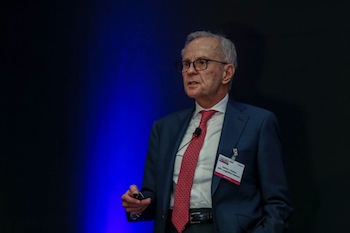 William Villalon (left), who was senior vice president at APL Logistics, the global cargo transport and logistics provider, has taken on additional responsibilities as acting president at the company.

The appointment follows the departure of Beat Simon who a spokesperson for the company said is leaving “to pursue new career objectives”. No further details were given. “We wish him well in the next phase of his career,” said the spokesperson.

In another recent move at APL, Shigeo Mori has been appointed chief financial officer, a role he took up last month. He moves from his role as vice-president for finance at Kintetsu World Express USA. Mori will be responsible for leading the global finance, treasury, accounting and global support service functions in APL Logistics.