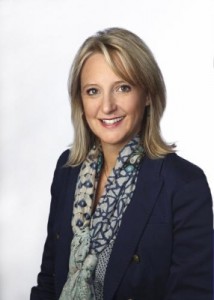 VinSolutions, a supplier of dealership software tools in the US and a subsidiary of Cox Automotive, has announced two executive moves following the departure of its vice president and general manager, Brian Skutta, to a new role as CEO of Auto Alert.

Lori Wittman (pictured) has been promoted to vice president and general manager of the company, and Sean Stapleton has assumed an expanded role as vice president, sales and marketing.

Wittman moves from her role as vice president of operations, a role she took up last year. Prior to that she was vice president and general manager of Rockwell Transportation in Philadelphia.

In her new role, Wittman will be responsible for all aspects of VinSolutions' business and will become part of the software division executive leadership team.

"Lori is a strong leader with a proven record of success in multiple industries, and her previous experience in operations and technology roles positions her well to drive additional value for our VinSolutions dealers," said Keith Jezek, software division president at Cox Automotive. "I am excited about the experience Lori has brought to VinSolutions, and I am certain her ongoing commitment to customers and employees will enable her to lead our business forward."

Meanwhile, Stapleton has led the VinSolutions sales team since 2009. Before joining VinSolutions, he co-founded two automotive software companies, IMS (which was later acquired by Who's Calling) and Visible Customer.