Volkswagen confirms its return to Iran 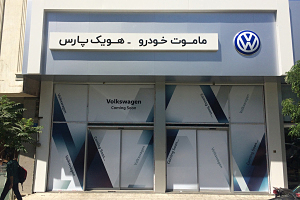 Volkswagen Group has confirmed it will be making a return to the Iranian market after a 17-year hiatus, initially importing Passat and Tiguan models into the country.

In May, a spokesperson for the German carmaker declined to confirm to Automotive Logistics that VW had plans to re-enter the market, despite local news reports to this effect.

The company will be joining the likes of France’s PSA Group and Renault, targeting consumers in the Middle Eastern country. The move follows the lifting of global economic sanctions against Iran last year.

The news came shortly after rival Renault announced it was boosting output in Iran via a joint venture with Iran’s Industrial Development and Renovation Organisation (IDRO).

Initially, distribution will take place via eight dealerships, focusing on the Tehran region.

VW cars were sold in the country from the 1950s up until the company withdrew from the market in 2000.

In a statement, the company said: “The initial aim of the present import initiative is to gain an insight into current market needs, establish the Volkswagen brand in Iran, and offer Iranians modern technologies ‘made in Germany’.

“The Iranian government estimates there will be some 3m new registrations in the overall passenger car market per year in the medium to long term,” it added.