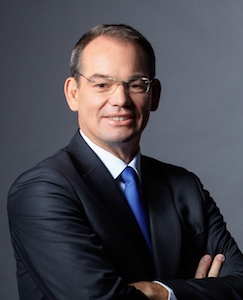 From July 1st, Christian Vollmer will be the OEM’s new vice-president for production and logistics, leading the management of its three factories at Martorell, El Prat de Llobregat and Barcelona in Spain. He will also promote strategies relating to environmental sustainability and the challenges of future mobility, as part of Seat's commitment to Industry 4.0 and digital transformation.

Vollmer has been with the Volkswagen Group since 1999, having started in press planning at the headquarters in Wolfsburg, Germany. He moved to Bratislava, Slovakia, in 2005 to head production there, then transferred to China five years later as executive director of production. Since 2014 he has served as technical executive vice-president of SAIC Volkswagen, VW’s joint venture with SAIC Motor of China.