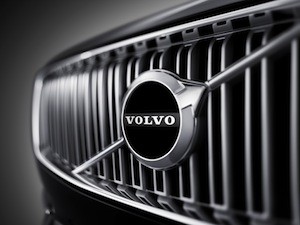 Volvo Cars has chosen Berkley County in South Carolina as the place for its first US production facility, citing the location’s access to international ports and infrastructure as one of the influences on its decision. The carmaker also pointed to the area’s well-trained workforce, good investment environment and experience in the high tech manufacturing sector.

“This is a landmark moment and truly a great day in South Carolina as we welcome Volvo Cars’ first American manufacturing plant to our state,” said Nikki Haley, governor of South Carolina. “Volvo’s presence and commitment to the community will be felt for decades to come. We are proud to have this global leader in car manufacturing join and strengthen South Carolina’s automotive industry.”

The company will invest $500m in the plant, which will be just outside Charleston, and start with an annual production capacity of 100,000 cars. Construction on the facility will begin in early autumn this year, with production expected to commence there in 2018. The plant will make latest generation Volvo models for sale in the US and for export.

Charleston port a major drawThe nearby port of Charleston is one of North America’s top 20 busiest vehicle handling ports, and handles BMW exports from its factory in nearby Greer. The port handled nearly 185,000 exports in 2013, and could benefit from an increase in vehicle exports once the plant is up and running. Its container terminal is also likely to benefit from the delivery of inbound production parts.

“The port of Charleston was a major draw to this site, in addition to access to major roadways and rail service,” a spokesperson for Volvo Cars North America confirmed to Automotive Logistics.

The OEM’s enthusiasm was reciprocated by the port: a spokesperson for South Carolina Ports (SC Ports) said that the growth of automotive manufacturing in the southeast US had been a strong driver of port volume increases there in recent years.

"Volvo Cars' announcement is tremendous for our port and state, and SC Ports Authority is proud to be an integral part of their decision to locate in South Carolina,” said SC Ports Authority president and CEO Jim Newsome. “Proximity to a port is critical to automotive manufacturing and we are a proven leader in the automotive sector on the East Coast. We look forward to supporting Volvo's import-export needs and serving the significant economic impact it represents for our region."

With regard to investment in facilities, the port of Charleston reports that a number of projects are in the works to support overall volume growth across all sectors of its business. It is in the process of deepening the Charleston Harbor to 52 feet (15.8m), which its spokesperson said would make it the deepest port on the East Coast upon completion.

In 2011 the port invested $21.7m in enhancements to the Columbus Street Terminal, which handles finished vehicles and other ro-ro cargo.

“The terminal is dual-rail served, with warehouse space and capacity to handle growing vehicle volumes as well as other rolling stock, including large machinery, power-generating equipment and specialised non-container cargo,” said the spokesperson.

SC Ports also opened an inland port in Greer in 2013, which it said has created a major intermodal rail distribution hub on the I-85 corridor.

Volvo Cars has traditionally imported much of its volume for the south-east through the port of Brunswick, Georgia, and it is as yet unclear whether in future it may consider consolidating imports in Charleston together with domestic-built vehicles.

Imports to the USLast year Volvo sold 56,000 vehicles in the US, all of which were imported from the carmaker’s European plants in Torslanda, Sweden and Ghent, Belgium. Volvo Cars’ spokesperson said the company would continue to do that until the Charleston facility comes online. In addition, it will begin importing a small batch of S60 Inscriptions from its facility in Chengdu, China this summer.

The company has not revealed what the split will be between output for the domestic market versus exports once production begins in 2018 as it still has to identify which models will be made there.

Volvo began importing cars to the US in 1955 but the move to become a domestic producer is something the company said it would expand on.

“We’re excited to build our first American factory in South Carolina and we look forward to helping grow the local community and economy,” said Lex Kerssemakers, president and CEO of Volvo Cars of North America. “We were impressed with the friendliness, work ethic and passion of the people in the Charleston area.”

The company estimates that the facility will employ up to 2,000 people over the next decade and up to 4,000 in the longer term.