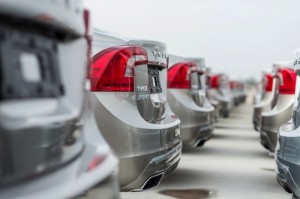 Volvo has said it is looking into the export of vehicles from its plants in China in conjunction with its local partner Zhejiang Geely Holding.

According to a report published this week by Reuters the company is planning to export volumes from China next year to the US and Russian markets, though a spokesperson from Volvo told Automotive Logistics that the timing and markets were yet to be determined. Any further details were based on unconfirmed information from unnamed sources said the spokesperson.

According to those unnamed Reuters sources the carmaker is expected to export the S60L long-wheel-base saloon to the US with volumes targeted to reach 10,000 annually. It also said Volvo would send the XC90 SUV to Russia, though in much lower volumes of few thousand.

Volvo currently makes the S60L at its Chengdu plant in south-western China, while the smaller Daqing plant in the north east of the country, is now ramping up production of the XC90.

As reported in March, Volvo has awarded contracts to WWL and Anji Logistics for outbound services from Chengdu, though these contracts did not specify services for export markets.

Volvo is now looking at sharing logistics with Geely Cars, which is run separately. The Chinese company has a decentralised management structure with each of its factories responsible for logistics, but there are opportunities – Volvo’s plant in Chengdu is next to Geely’s and Volvo’s off-site vehicle yard could be an opportunity for future sharing.

“The discussion has already started,” David Pansinger, vice-president of inbound and outbound told Automotive Logistics earlier this year. “We have a governance model in place for Volvo and I think in a very short time we would be ready to bring Geely into the agenda to find synergies.”

Sales in China between January and April this year increased by almost 30% to just below 23,900 compared to the same period last year. Last year it sales topped 61,000 in the country, fewer than a 100 short of the sales in the US over the same period. But between January and April this year in the US they dropped by 6.4% to just more than 18,300. Volvo sold 15,000 vehicles in Russia in 2013.