Volvo starts vehicle exports from China to US 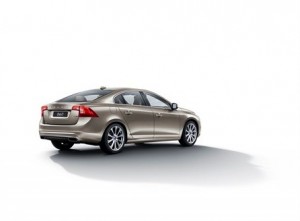 Volvo has started volume exports of the S60 Inscription sedan from its Chengdu plant in China to the US. The Inscription is a US-tailored version of the Volvo S60L sedan and this year the carmaker expects to ship 2,000 units of the model to the US. A spokesperson for Volvo Cars told Automotive Logistics that full year figures would be up to 5,000 units from next year.

The carmaker has confirmed that the vehicles will be shipped from Shanghai to each of its main ports of import in the US: Newark (NJ), Baltimore (MD), Brunswick (GA) and Hueneme (CA).

The Chengdu plant is Volvo’s main production facility in China and, along with the S60 Inscription, also builds the Volvo S60L for the Chinese market, as well as the XC60. Last year the plant made around 30,000 vehicles.

The 500,000 sq.m facility is located in the Chengdu Economic and Technological Development Zone, south east of the Chengdu city centre.

The S60 Inscription was first revealed to the US market at the North American International Auto Show in Detroit in January this year.

Recently the company also announced that it had chosen the location for its first US plant, at Charleston in South Carolina. The company highlighted the location’s access to international ports and infrastructure as one of the influences on its decision to build there.