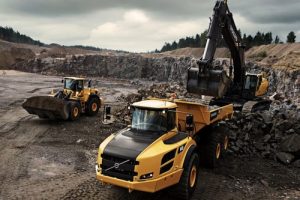 Volvo Trucks is reported to have opened a $10m parts distribution centre (PDC) in Balikpapan, Indonesia to meet demand and reduce waiting times for service parts generated by the mining industry in the country.

Last year the Kalimantan province, where Balikpapan is located, accounted for 80% of Volvo’s total spare parts business in Indonesia. The country accounts for 50% of the demand for spares parts in a region stretching across 20 countries. The parts have previously been provided from a PDC in Singapore and this is the first Volvo PDC in the country.

The facility is located at the Puninar Warehouse Complex on the outskirts of the city and covers an area of 2,500 sq.m.  It will mainly provide parts for three companies that provide Volvo, Renault and UD trucks in the country: United Tractors, Indotraktor Utama and Eka Darma.

The company said it had sold more than 5,600 European trucks and 1,800 Japanese trucks for various industries in Indonesia.

“With the $10 million investment in this distribution center, we are confident that the delivery time of the spare parts to the customers can be further reduced,” said Salomon.