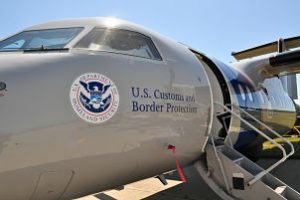 Volkswagen Group of America has revealed that it was removed from the Customs-Trade Partnership Against Terrorism (C-TPAT) and Importer Self-Assessment (ISA) programmes, following the diesel emissions scandal in 2015.

Companies on the C-TPAT list are considered low risk, resulting in expedited processing of their cargo, including fewer customs examinations. The programme is led by the US’s Customs and Border Protection (CBP) organisation.

A company spokesperson said VW was removed back in March 2016 but because of ongoing legal issues, it could not comment further on the matter or say what effects it had on the company’s supply chain.

A previous survey of the C-TPAT programme’s members revealed benefits including decreased disruption to the supply chain and improved customs inspection and cargo release times.

Over 11,000 companies now participate voluntarily in the scheme, which was formed in November 2001 following the 9/11 attacks.

Members of the C-TPAT are also able to participate in the Importer Self-Assessment (ISA) programme, which recognises importers who are willing to assume responsibilities for self-assessment in exchange for less Customs & Border Protection oversight.