Volkswagen is creating an integrated commercial vehicle group called Truck & Bus that it said will bring greater coordination in terms of purchasing, development and human resources between the MAN and Scania brands. 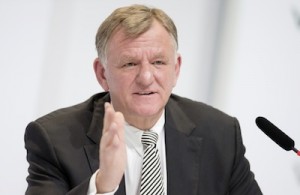 The company said in a statement that the move will lead to “closer networking among the brands, shorter decision-making paths and swifter implementation”.

Truck & Bus will be the main holding company for the two truck makers, though they will remain independent as brands. The subsidiary, which will coordinate cooperation between MAN Truck & Bus, MAN Latin America and Scania AB, will also include VW Commercial Vehicles.

It will be headed by Andreas Renschler, member of the Board of Management of Volkswagen AG with responsibility for commercial vehicles.

“Our goal is to take the commercial vehicles holding to the top of our industry in terms of profitability, technologies and, above all, customer satisfaction,” said Renschler. “Bringing together our commercial vehicle brands under one roof means we can focus more strongly on the needs of the truck and bus business and can therefore accelerate the decision-making process. In so doing, the MAN and Scania brands retain their independence, in line with Volkswagen’s basic principle.”

The CEOs of MAN Truck & Bus, MAN Latin America and Scania AB will be represented in the management of Truck & Bus said VW.