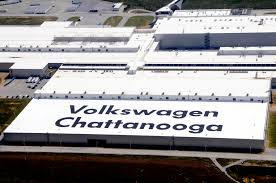 Volkswagen of America has begun construction of an extension to its warehouse at Chattanoonga, Tennessee. The $18m project will create an additional 14 docks and bring total capacity to more than 27,870 square metres.

Due for completion in August 2014, it will eliminate Volkswagen’s need for two external staging warehouses and will facilitate production of the Passat sedan, intended for the US, Canadian, Mexican, South Korean and Middle Eastern markets.

The Chattanoonga plant began production in April 2011 and in May 2012, reported the manufacture of its 100,000th Passat.

VW said the latest expansion comes as part of its steady expansion within its US market.