VW sued by US DoJ over emissions scandal 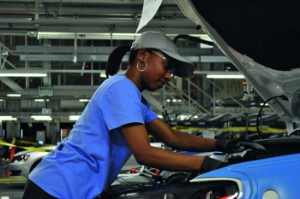 The US Department of Justice (DoJ) sued Volkswagen on January 4th for allegedly equipping some of its vehicles with equipment to deceive emissions testing.

The OEM revealed that it had installed the cheating software in at least 11m of its diesel cars. The software enabled the vehicles to emit more toxins into the air once on the road. Nearly 600,000 of the vehicles were sold in the US.

The DoJ’s civil complaint filed on behalf of the Environmental Protection Agency states that the 2-litre and 3-litre vehicles sold by VW had illegal defeat devices that impaired emission control systems, and caused emissions to exceed EPA standards resulting in harmful air pollution. It also alleges that the OEM violated the Clean Air Act by selling vehicles that are designed differently from what VW had stated when applying for certification to the California Air Resources Board and the EPA.

Cynthia Giles, the EPA’s enforcement chief said, “With today’s filing, we take an important step to protect public health by seeking to hold Volkswagen accountable for any unlawful air pollution, setting us on a path to resultion. So far, recall discussions with the company have not produced an acceptable way forward. These discussions will continue in parallel with the federal court action.”

While things seemed slightly hopeful for the company before Christmas, the news that the DoJ is suing VW for at least $45billion will come as a bit of a shock. In the market, its shares have fallen 10% this week alone.

In addition to the latest government lawsuit, several consumer class actions against Volkswagen are pending, along with private lawsuits filed by dealers, car owners, and investors, and possibile criminal charges.

It is still unknown whether or not Volkswagen is considering buying back the vehicles from consumers in the US. If that goes ahead, it would certainly prove a logistical nightmare for the company, on top of the barrage of lawsuits it now faces.