Wen replaces Worthen at Opel/Vauxhall as PSA takeover is completed 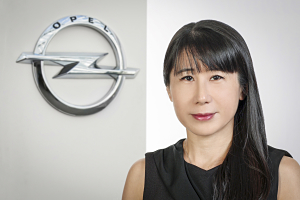 Michelle Wen (pictured) will join Opel from September 1st as head of purchasing for the German-headquartered carmaker, as well as for its Vauxhall brand in the UK.

The news emerged as the takeover of the General Motors’ Europe subsidiary by PSA Group was completed on Tuesday.

PSA has previously said it would target €1.7 billion of annual synergies from the Opel acquisition within ten years, with targets of Opel returning to profitability for the first time this century by 2020. PSA expects much of this saving to come from synergies in manufacturing, purchasing, the supply chain and R&D.

Now that the deal is closed, PSA expects a new performance plan will be ready in 100 days, targeting positive operational free cash flow by 2020 as well as an operating margin of 2% by 2020 and 6% by 2026.

She joins Opel from Vodafone Procurement Company, where she was group supply chain management network director.

Wen previously worked in the automotive industry with Renault-Nissan from 2000-2008, first as global supplier account manager for powertrain and then for the vehicle body area. Her experience also includes periods as vice-president of sourcing at Alstom Transport’s signalling business, and as VP of group sourcing at tube manufacturer, Vallourec.

Worthen is understood to be taking on a new role at GM. She has held many positions with the group over the years, including executive director global purchasing and supply chain - chassis systems; global commodity manager; and interior team leader.

Other recent management changes include the appointment of Christian Müller as VP of engineering, replacing William Bertagni. He will integrate engineering and powertrain in one department.

Opel says that under Michael Lohscheller, who recently moved from the CFO to CEO role, it is planning a much leaner management structure, including a number of “direct reports”.

“We are reducing complexity and increasing speed,” said Lohscheller. “I am looking forward to shaping the next chapter of Opel/Vauxhall with the new management team and leading our company into a successful future.”

PSA and GM’s European operations have had an alliance since 2012. The partnership with GM that includes development in the area of electric propulsion will continue, and Opel plants will carry on producing vehicles for the GM Buick and Holden brands.

From a logistics perspective, too, there is a link between the two carmakers. Former PSA logistics subsidiary Gefco signed a contract with GM in 2012 following wider alliance talks which involved the distribution of GM vehicles across Europe, as well as imports including the Chevrolet from South Korea and the Cadillac and Corvette from North America.