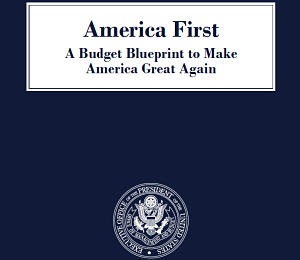 A blueprint federal budget released by the Trump administration has proposed major cuts, including to the Department of Transportation (DOT), in order to fund a major increase in defence spending alongside additions to veterans' affairs and homeland security.

In the budget document, America First – A Budget Blueprint to Make America Great Again, the country’s president Donald Trump said: “The core of my first budget blueprint is the rebuilding of our nation’s military without adding to our federal deficit. There is a $54 billion increase in defence spending in 2018 that is offset by targeted reductions elsewhere.

“This defence funding is vital to rebuilding and preparing our armed forces for the future.”

Several congressmen have criticised the blueprint and suggested that major changes are likely in the official federal budget created by lawmakers.

Republican congressman Hal Rogers said: “While we have a responsibility to reduce our federal deficit, I am disappointed that many of the reductions and eliminations proposed in the president’s skinny budget are draconian, careless and counterproductive.

“We will certainly review this budget proposal, but Congress ultimately has the power of the purse,” he added.

“The budget request reflects a streamlined DOT that is focused on performing vital federal safety oversight functions and investing in nationally and regionally significant transportation infrastructure projects,” the document states.

“The budget reduces or eliminates programs that are either inefficient, duplicative of other federal efforts, or that involve activities that are better delivered by states, localities, or the private sector.”

Among the initiatives proposed for elimination is the Transportation Investments Generating Economic Recovery (TIGER) program. This grant scheme supports innovative projects, including multi-modal and multi-jurisdictional projects, which are difficult to fund through traditional federal programs.

Since 2009, TIGER has provided a combined $5.1 billion to 421 projects in all 50 states. The 2016 round leveraged nearly $500m in federal investment to support $1.74 billion in overall transport investment.

According to the DOT, for every $1 of federal funding distributed through the program, $3.50 is leveraged through other sources, including private funds.

Speaking at the recent Finished Vehicle Logistics North America conference in California, Scott Davies, director at the office of Marine Highways & Passenger Services, suggested that the future of TIGER grants was uncertain under the country’s new leadership.

“No one knows if TIGER will continue; that is not a legislated program but an annual appropriation that Congress has seen fit over the last few years to keep going. We’ll see how that works in the new administration,” said Davies.

Industry bodies including the American Association of Port Authorities (AAPA) and the Coalition for America's Gateways and Trade Corridors (CAGTC) have expressed concerns about the cuts, with the former even proposing that TIGER be more than doubled in size, rather than cut.

“We’re apprehensive about the fiscal 2018 budget,” said Kurt Nagle, AAPA president and CEO. “Adequate federal investments into US port-related infrastructure, both landside and waterside, are crucial for the efficient movement of goods so the nation can remain globally competitive.”

Under the program, US ports received $61.8m in multimodal infrastructure grants for such things as dock, rail and road improvements.

In its own 2018 budget proposals, the AAPA suggested expanding TIGER or creating a new, multimodal discretionary grant program and funding it at $1.25 billion a year.

The blueprint budget did propose retaining the Nationally Significant Freight andHighway Projects Program, also known as FASTLANE grants, which are set to run at $900m a year until 2020.

But the CAGTC says FASTLANE cannot make up for the loss of TIGER, adding that the two programs address needs of differing size and scale, and pointing out that projects qualifying under one program may not qualify under the other.

According to the DOT, the average award size through the TIGER program is $14.5m, compared to the average of $42.2m for FASTLANE.

“Whereas the Nationally Significant Freight and Highway Projects Program was developed with freight-focused investment criteria, the TIGER program is available to address a multitude of mobility issues – including freight, mixed use infrastructure, and transit,”said CAGTC executive director Elaine Nessle. “In fiscal year 2016, just 26% of total TIGER funding was awarded to projects with a strong freight component.”

Trump has previously indicated plans to spend $1 trillion on infrastructure projects during his term and this was also alluded to in the budget document which said a group of “infrastructure experts” had been assigned to evaluate investment options along with common-sense regulatory, administrative, organisational and policy changes to encourage investment and speed project delivery.

“The US population is expected to increase by 70m by 2045, and each person uses roughly 63 tons of freight annually. Investment is needed to make this demand an opportunity, rather than a crisis."