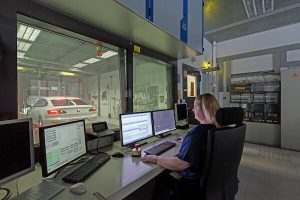 Two more tier suppliers have attributed declining financial performance to a drop-off in vehicle sales caused by the introduction of the Worldwide Harmonised Light Vehicle Test Procedure (WLTP) for emissions standards in Europe.

Michigan, US-based aluminium wheel manufacturer Superior Industries International has put a third-quarter loss down to the effects of the new standard. Superior shipped 4.7m wheels in the three months to September, a 5.5% decline on the same period last year.

“The decrease in unit shipments was primarily due to reduced OEM production throughout Europe as a result of the impact of the WLTP emission standards, softer volumes from OEM customers in the UK [and] lower aftermarket volumes,” the company said. It expects these factors will continue to impact on results in the current quarter, warned president and CEO, Don Stebbins.

However, Superior cautioned that year-on-year comparisons were distorted by the inclusion of one additional week for North American operations in the third quarter of last year as a result of the company’s realignment of its fiscal periods with calendar quarters.

Extra expenses after last year’s acquisition of Uniwheels of Germany, higher energy prices in Mexico and increased product launch costs also contributed to the red ink in this year’s third quarter. The Uniwheels acquisition helped to lift wheel sales by 36% year-on-year to 15.8m between January and September, however. An extra five months of sales from Superior’s expanded European operations in 2018 added 7.2m units to overall shipments.

Consequently, the company reaffirmed its outlook, forecasting unit sales in the range of 20.85-21.05m this year.

Steelmaker Voestalpine of Austria, meanwhile, has reported an 18.7% fall to €316m ($356m) in net profit during its fiscal first half to September 30 and lowered guidance for its fiscal year ending in March to an operating profit of just under €1 billion, citing “flattening economic growth momentum.” It previously hoped to match its record result in 2017/2018 of €1.18 billion.

“We see a fairly significant cooling down in the European auto sector,” Reuters news agency quoted CEO Wolfgang Eder as saying at a recent press conference.

While car manufacturers upgrade vehicles to comply with the new WLTP standard, they are building and selling fewer new cars, Eder continued, warning that he did not foresee any rapid recovery. “This will drag on throughout the second half of [the company’s] business year,” he confirmed.

Eder said he hoped to have an indication of when to expect demand to increase in December, when carmakers close their plants for Christmas. The more spare cars a manufacturer has, the longer the seasonal break from production will be, he pointed out, adding: “I assume that factory holidays will tend to be longer than we have seen in recent years.”

Though best known as a steelmaker, Voestalpine also makes a range of products for the automotive industry, including blanks.

The WLTP emissions standard, which came into effect in September, has already caused widespread disruption to vehicle supply chains.

The latest two announcements come shortly after German parts-maker Schaeffler lowered revenue expectations for the year and VW reported weak financial results for the first nine months of the year, both citing the WLTP as a factor.