WTO finds that China infringed anti-dumping agreements with US 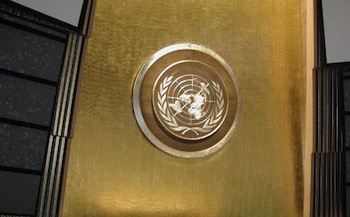 The World Trade Organization (WTO) has upheld a complaint filed by the US stating that China has previously imposed unfair duties on vehicle imports. The complaint was lodged in July 2012 and followed up by another from the US, which accused it of unfairly subsidizing its vehicle and parts makers.

In response WTO has concluded that China acted inconsistently with certain articles of the Anti-Dumping Agreement and with the agreement on subsidies and countervailing measures (SCM Agreement). In doing so it has “nullified or impaired benefits accruing to the United States under those agreements”. It recommended that China now bring its measures into conformity with them.

Under the seven points outlined as inconsistent by the WTO in its report were the fact that China’s Ministry of Commerce (Mofcom) failed to disclose essential facts under consideration which formed the basis of its decision to impose anti-dumping duties, as well as acting inconsistently in its analysis of price effects. In all China was seen to have “acted inconsistently”, with on a total of 16 article points included in the Anti-Dumping and SCM agreements.

However, it did not uphold several other points of contention raised by the US regarding the agreements, including the accusation that China had acted unfairly with the respect to the disclosure of essential facts and public notice of residual duties for unknown US exporters.

Under WTO rules, China’s government must be able to show that dumping is taking place, calculate how much lower the export price is compared to the exporter’s home market price, and show that the dumping is causing injury or threatening to do so.

Back in November 2009 Mofcom launched its own investigation following a complaint by the China Association of Automobile Manufacturers (CAAM). Mofcom eventually found that those vehicles from US carmakers with a cylinder capacity of more than 2,500cc had “caused material injury to China’s domestic industry”, having unfairly benefitted from subsidy rates between 6.2% and 12.9%.

Following that, in 2012, the US filed two complaints with the WTO seeking to offset Chinese duties on more than $3 billion worth of car imports from the US, mostly involving GM and Chrysler models, as well as $1 billion in subsidies.