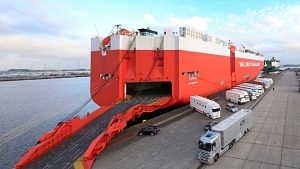 “Through this agreement, WWL enters into a Cease and Desist Commitment whereby the company agrees to cooperate fully and permanently with Cade [the Brazilian Administrative Council for Economic Defence] in every aspect of the investigation and to pay a 12.7m reais fine,” said WWL in a statement.

Eukor’s fine totalled 15.9m reais. It said it would implement and monitor a competition law compliance programme as part of its corporate governance policy.

"Eukor takes this matter very seriously and has cooperated fully with Cade throughout the investigation," said the company in a response to questions.

As a part of the settlement, all charges against the two companies have been dropped.

“WWL is committed to fair business practices and will continue to cooperate with Cade in good faith” said the company.

Cade announced its probe into alleged anti-competitive behaviour on the world market for maritime transport by roro shipping companies in February this year. Nine companies were named in the investigation.

In a response on the back of the WWL and Eukor settlement, Cade told Automotive Logistics: “The TCC’s [cease-and-desist agreement's] signatories acknowledged their participation in the conducts and made the commitment to cease any anti-competitive practice.

“In addition, they committed to contributing to Cade’s investigations on these cases.”

The regulator also confirmed that probes into other shipping companies remain in progress.

In October, it was reported that WWL and Eukor had made a compromise agreement with the US Federal Maritime Commission (FMC) that involved them paying out $1.5m in civil penalties to resolve alleged breaches of the US’s Shipping Act.

The two companies allegedly violated Section 10(a) of the act by acting in concert with other ocean carriers to transport vehicles without filing such agreements with the FMC.

WWL said this week it continued to monitor the development of anti-trust regulations on a global basis and to make sure that all such regulations were fully observed.