There have been a number of top executive moves at Wallenius Wilhelmsen Logistics over the past few months. 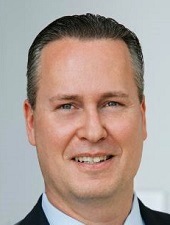 Mike Hynekamp (left) has been appointed as chief operating officer for Ocean, replacing Fridtjof Naess, who has moved to a role as senior advisor at the company. Hynekamp was most recently deputy head of region for WWL’s activities in South America. He joined WWL in 2007 as chief of staff in the Americas and also served as deputy to the head of the Atlantic region. Prior to joining WWL he worked for Daimler’s Mercedes-Benz division for 13 years in various roles.

Meanwhile, Roger Strevens, who was vice-president, global head of environment at WWL, has moved to the role of global head of key accounts. In this role he will be responsible for setting the strategic direction for key and liner accounts, as well as breakbulk segments, and providing leadership to the global key account organisation. Strevens joined Wilhelmsen Maritime Services in 2006 and joined WWL in the environment role in 2012.

Anna Larsson will succeed Strevens in a retitled role as global head of sustainability. Larsson, who moves from global head of external communications and marketing, will now be in charge of evolving WWL’s status as an environmentally concerned company, including social responsibility. Larsson, who has been with WWL since 2008, has played a central role in the development and operation of initiatives such as the Orcelle Award and the Trident Alliance.