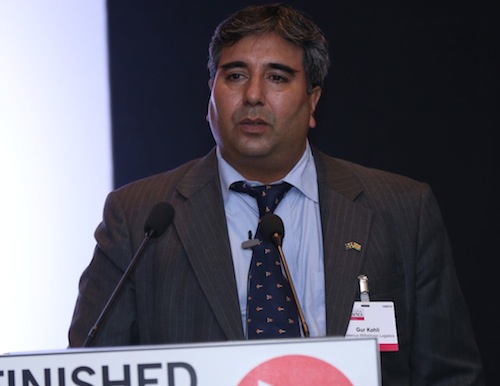 Gur Prasad Kohli (left), who has been managing director for Wallenius Wilhelmsen Logistics (WWL) in India for the past five years, is moving to a new role as head of WWL’s new South Asia area office. The office combines the current responsibilities for South-East Asia and India.

Kohli replaces the head of South-East Asia, Trond Tonjum, who will return to WWL’s central office in Oslo, Norway and take over new responsibilities there.

According to WWL, India will continue to exist as a WWL area office but report to the head of South Asia instead of to the head of APAC, Axel Bantel. Pankaj Dogra will replace Kohli as the managing director of WWL India.

All of the executive changes will take place on July 1st this year.

“One key aspect behind this decision is that our emerging markets become more and more interdependent and develop their own trade dynamics supported by bi- or multi-lateral trade agreements fostering economic growth in-between emerging markets,” a spokesperson for WWL told Automotive Logistics. “A good example for these developments is South-East Asia where trade between Thailand, Malaysia, Indonesia and Myanmar is continuously increasing. For those reasons in 2013 we already consolidated various individual markets under one South-East Asia area office responsibility.”

WWL now wants to further develop the restructuring of the organisation under a single leadership position and use existing resources over a larger market area.

“Most importantly it will create a holistic leadership perspective over a larger geography which we expect to develop more and more integrated dynamics and trade growth,” the spokesperson said.

Kohli will relocate to Bangkok during the summer to take up the new role. He joined WWL in Asia in 2000 and was country head for the Philippines for four years before moving to Hong Kong as managing director in 2006. In April 2011, he took over as head of the company’s division in India.

In a statement, WWL said, “The APAC leadership team is full of confidence that Gur will continue to develop what Trond has started to build in South-East Asia, and successfully develop and implement the future vision for our new South Asia area office.

Kohli said that he would support the company’s aspirations to grow both the ocean and land based logistics services it provided to OEMs across South Asian region, which extends from Philippines to Pakistan.

Pankaj Dogra is currently commercial head for India at WWL. He joined the company in November 2011 as general manager of business development in India, before a stint in Oslo on the commercial team for key accounts. He returned to India and took on the commercial role at the beginning of this year. Dogra previously worked in management positions at Teamglobal Logistics and CSAV India.