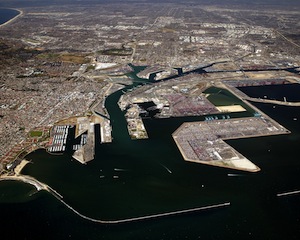 The port of Los Angeles has renewed its long-term contract with terminal processor Vehicle Services Americas (VSA), a division of Wallenius Wilhelmsen Logistics (WWL). The 10-year agreement provides for a five-year extension, which would allow VSA to operate the 37-hectare automotive processing terminal through to the beginning of 2027.

The terminal facility specialises in receiving new cars shipped from overseas and preparing them for distribution and sale throughout the United States. It currently processes approximately 200,000 vehicles annually.

“WWL Vehicle Services Americas is pleased to extend its presence at the Port of Los Angeles,” said John Felitto, President and CEO of WWL Vehicle Services Americas. “The vehicle processing facility we’ve developed at the port plays an important role in WWL’s network, and is a key location and processing center for auto manufacturers serving the western United States.”

The port of Los Angeles said the agreement reflected its larger commitment to maintain a diversified cargo portfolio that makes the best use of land and water resources and promotes economic growth.

“WWL has been an important source of jobs and revenue at the port for years,’’ said interim executive director Gary Lee Moore. “WWL is a unique facility at the Port and we’re extremely pleased to extend our relationship.”