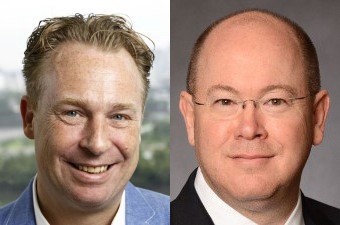 “Over the years, WWL has continuously developed and grown our organisation to suit our customers’ needs,” said a spokesperson for the company. “Now, we are making some deeper structural changes in how we run our business to be able to work more effectively and make sure we have the right people in the right places to meet the future needs of our customers.”

The Atlantic MPA, based in the US, is led by Ray Fitzgerald and headquartered in Woodcliff Lake, New Jersey.

In addition, WWL stated it has created a single trade management and ocean operations centre to ensure faster decision-making, led by Fridtjof Næss.

The offshoring as well as outsourcing of administration, IT and finance functions continues. At the same time the company said it is investing in training and development within the commercial organisation to better ensure customer satisfaction.

“Manufacturers today operate complex and sophisticated outbound supply chains,” said Chris Connor, president & CEO of WWL. “They understand how very interdependent product delivery is with production, capital needs and, ultimately, end customer satisfaction. We are developing our organisation to make sure that WWL employees can focus on what matters most to the customer, and that we can be there with the right competence and resources at the right time.”