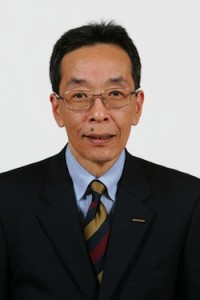 The Renault-Nissan Alliance has appointed Yasuhiro Yamauchi (left) as executive vice president of purchasing, and chairman and managing director of the Renault Nissan Purchasing Organisation (RNPO). He takes over from Christian Vandenhende who has moved to a new role as executive vice-president, Quality and Total Customer Satisfaction for the Renault Group.

Yamauchi was most recently the Alliance’s global vice president and senior vice-president, Alliance Purchasing, where he was in charge of merging the management and the human resources of purchasing functions, as well as engineering, manufacturing and supply chain at Renault and Nissan. He began his career with Nissan in 1981 and during his tenure has held a number of executive roles at the company in the purchasing division, as well as within RNPO.

Vandenhende has been in the role of executive vice president of purchasing since April this year and has been with the company since 1999 when he joined as head of the Supplier Performance Analysis department. He was previously senior vice-president, Purchasing, RNPO managing director and Alliance global purchasing director.

In other moves within the RNPO division, Véronique Sarlat-Depotte has been appointed senior vice president, Purchasing and deputy managing director of RNPO. She has been with the carmaker since 1989, when she joined the Purchasing division and was most recently Alliance global director, RNPO Body and Electrical. Sarlat-Depotte will become a member of Renault Management Committee and will report to Yamauchi.

In addition, as part of the merger of purchasing activity between Renault-Nissan and Russian carmaker AvtoVaz, Venkatram Mamillapalle, purchasing vice president of AvtoVaz, is being appointed general director of the newly formed Avtovaz-Renault-Nissan Purchasing Organization in January 2015.