Yusen adds LCL service for automotive between China and Japan 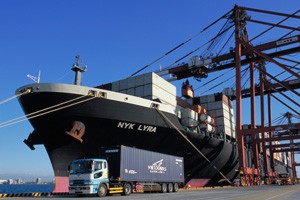 Yusen Logistics’ division in China has launched a direct less-than-container load (LCL) service between China and Japan for the delivery of automotive parts.

The service, which began in May, is running between Nansha, a district of Guangzhou, to Tokyo and Nagoya and has reduced the lead time on deliveries to 10 days from 15, according to Yusen.

Previously ocean freight from Guangzhou district was sent to Hong Kong by feeder ships and then transshipped to Japan. On the new service freight is loaded at Nansha Container Freight Station (CFS) and then shipped directly to Japan.

As well as saving five days in lead time, Yusen Logistics said the direct service has reduced the potential for cargo damage by removing the reloading stage at Hong Kong.

“The new service is a direct response to the increasing demand for high-frequency, small-lot transportation – primarily driven by the growth of the automotive parts industry,” said Yusen in a statement.

The new LCL service brings the number of lanes that Yusen operates between China and Japan to four. Along with Guangzhou these include Shanghai, Shenzhen and Hong Kong.