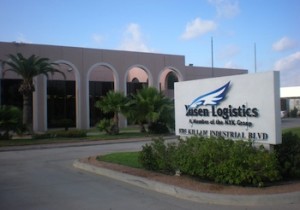 Global third party logistics provider, Yusen Logistics, has announced an expansion of its multimodal cross-border services between the US and Mexico.

As part of its Mexico Border Cargo Management offering, the company will now offer four main options for customers: a road service between points of origin in the US or Canada to Mexico; a border direct shipment by rail to Laredo in Texas, which is then trucked to the final destination; and a Mexico direct shipment which is moved by rail from the US to a ramp in Mexico and then trucked for the last mile to the destination; finally it will offer an air freight option, with onward and cross-border services for customers that fly freight into Mexico City, Chicago, New York, Dallas or Houston.

Yusen Logistics has operations in both the US and Mexico, including a 9,300 sq.m warehouse in Laredo, which is close to the Mexico border, and offices in Mexico City, Monterrey and Celaya. The Laredo facility is C-TPAT certified and FTZ and customs bonded.

According to a recently released white paper from Yusen Logistics, in 2012 vehicle parts represented both the top export to Mexico ($12.2 billion) and the top import from it ($13.1 billion) via Larado, which lies on the Texas-Mexico border. Top imports from Mexico through Larado following vehicle parts were commercial vehicles ($10.6 billion), passenger vehicles ($8.2 billion) and tractors ($4.6 billion).

Top exports through Larado to Mexico in 2012 following vehicle parts were cellular, landline phones and equipment ($2.8 billion), passenger cars ($2.75 billion and gasoline and other fuels ($2.6 billion).

“Our ability to inspect cargo and clear customs in-house at our Laredo campus helps us to orchestrate the flow of goods from pick up through border crossing and on to final destination,” said Jordan Dewart, vice president, Yusen Logistics Mexico. “In addition, our offices are located close to the most important commercial and manufacturing areas in Mexico.”

Dewart added that, while Mexico was making advances in port improvements on its west coast for direct imports from Asia, there was still work to be done on the infrastructure of the east coast ports, meaning access to Mexico via the US for European imports was still a good option.