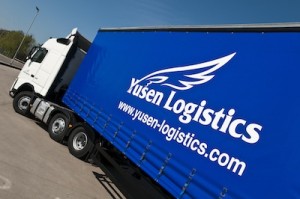 Yusen Logistics has signed a new multi-year contract with Ford for collection and delivery of inbound parts to Ford’s origin distribution centres (ODCs) in Prague and Budapest. The latest contract extends Yusen’s work with Ford Europe’s Material Planning and Logistics (MP&L) division and means it is providing less-than-truckload deliveries on top of its existing contract for management of throughput at the ODCs.

Yusen said it is now collecting parts from more than 240 suppliers across southern Poland, the Czech Republic, Slovakia, Austria, Hungary, Slovenia and Croatia. It is also returning reusable packaging to those suppliers.

“We are delighted with the award and the opportunity it provides to add value to Ford’s supply chain,” said John Mitchell, head of the Automotive vertical for Yusen Logistics Europe. “The award strengthens our automotive network in the region, which can only be positive for customers, their suppliers and our suppliers alike.”

Yusen began working with Ford in 2006, when it was chosen to operate Ford’s ODC in Prague, which serves the carmaker’s European production plants with consolidated full loads of automotive parts originating in Central Europe. In 2010, Ford opened its second ODC in Budapest, which is also operated by Yusen Logistics.