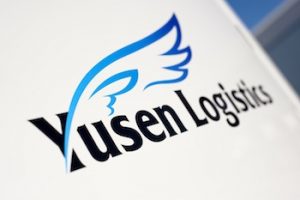 Logistics and transport provider Yusen Logistics has announced a growth plan for Turkey, a market it has had a presence in since 2012. It said it now plans to increase its offices and facilities in the Middle East, North Africa, and Turkish republics.

Yusen Logistics Turkey has already achieved a good deal in freight forwarding between Turkey and the Far East. In 2013, it reported the ocean transport of 10,000 20-foot equivalent units (TEUs). This year, it hopes to better this by an additional 5,000 TEUs. It also hopes to better the 1,700 tonnes of freight moved last year over land and air to 2,000 tonnes.

Turkey has been pinpointed as a strategic logistics hub given its shipping links and its geographic position for surrounding markets.

Hakan Meric, Yusen Logistics Turkey's general manager, commented: "Yusen Logistics has full confidence in the Turkish market and intends to consider opportunities to expand our operations here, and that includes mergers and acquisitions as well.

"Serving the automotive spare parts, textiles, retail, healthcare, mining and chemicals sectors, we mainly cover nations in the Far East: Japan, China, Thailand and Vietnam," he said, adding that half the company's customers stem from the Japanese market. "The number of Japanese companies operating in Turkey are expected to rise once the ongoing free trade talks between Turkey and Japan reach a successful conclusion.

"Turkey's strategic location makes the country the ideal location for a hub for managing regional markets," continued Meric. "Yusen Logistics is planning to open offices in the Middle East, Turkic republics and North Africa, which will all be managed from Turkey. The country will be Yusen Logistics' regional hub over the next five years", he added.