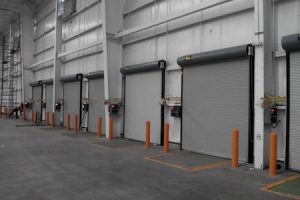 Yusen Logistics has opened a new facility near Celaya, in Mexico, that will provide a range of services for inbound parts shipments to the growing automotive industry in the Bajio region. The site will also function as the headquarters of Yusen Logistics Mexico.

The 5,000 sq.m warehouse, which will officially open on February 22nd, is set on seven hectares of land at the Amistad Industrial Park, close to major road and rail links and to key ports. Government funding in new bypasses around Celaya, both road and rail (the latter of which is due for completion by the end of next year), will improve access further, according to the company.

The facility features a 10-door crossdock, a 6,000 sq.m trailer yard and an ocean container depot with capacity of 1,000 TEUs. There is room to double the size of the operation if required.

It will initially employ 100 people, with further jobs in prospect as the facility grows in size.

Among the services on offer from the centre, Yusen Logistics will be providing just-in-time (JIT) scheduling, domestic truck delivery, rail and intermodal transport, international freight forwarding, import/export services and warehousing.

“That would receive parts from suppliers, consolidate them at the warehouse and put them in an ocean container, weigh it, and prepare all the documentation; then we would send it ready for export,” explained Ramos.

For truck deliveries of containers to the facility, Yusen Logistics is working with local providers across two different schemes.

“We are working directly with asset carriers and the other is to have dedicated equipment that we are renting,” said Ramos. Foreign companies are prevented by law from investing in truck assets in Mexico in a move designed to protect local providers.

“Having those schemes in place gives us good coverage because the lack of capacity in the region is becoming a big issue,” said Ramos. “The flexibility we have means we can offer good coverage for our customers.”

Yusen Logistics is also providing training for the drivers moving its freight.

Asked whether the recent uncertainty regarding the North Atlantic Free Trade Agreement (Nafta) would affect business, Ramos said: “We believe the potential business we can get will always be stronger. We are focused on growth and the company has been doing that quite strongly in Mexico for the last five years. The intention is to keep growing in Mexico.”

Read more about investment and developments in Mexico in this year's report from the Automotive Logistics Mexico conference.