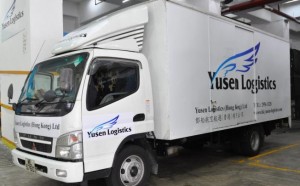 Yusen Logistics has established its third warehouse in Thailand. The 40,000-square metre facility, at the Yusen Laem Chabang Logistics Centre, makes it the largest distribution centre in South East Asia. Operations commenced on 29th July. Laem Chabang is around 100km southeast of Bangkok, making it strategically positioned given that many automakers are based in the city.

The company cites increased demand and the diversified needs of its customers as reasons for the implementation of the new facility. Yusen Logistics previously provided its services from its 50,000 square metre warehouse in the same region.  The new site comprises four buildings, one of which will handle steel parts specifically for cars.

Growth is now expected within the company’s other headquarters in East Asia, South Asia and the Americas. By 2015, it is expected that Yusen Logistics will manage a total warehousing space of more than 300,000 square metres in Thailand.