Klaus Ziemsky is taking over responsibility for the Mercedes-Benz Global Logistics Center in Germany from Eckhart von Sass, who leaves the company at the end of this year after almost 30 years at Daimler. 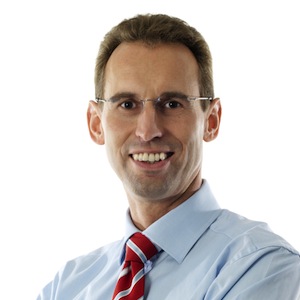 The Global Logistics Center, located in Germersheim, handles worldwide parts supply and functions as a central warehouse feeding the carmaker’s logistics centres with parts and accessories for cars and commercial vehicles from Mercedes-Benz, smart and FUSO.

“Eckhart von Sass has had a major impact on aftersales logistics and has put our German wholesale locations strongly into a future-oriented and competitive position,” said Holger Suffel, head of global service and parts operations at Mercedes-Benz Cars. “I thank Eckhart von Sass for his commitment and contribution to the Daimler Group’s success.”

Klaus Ziemsky, meanwhile, is currently head of the Logistic Supply Chain and Processes department. In addition to being responsible for the Global Logistics Center from January, he will also be in charge of the German, European and regional logistics centres, and the central warehouse in Tuscaloosa, USA.

The Germersheim facility covers 1.2m sq.m, has nearly half a million different parts available on call and employs approximately 2,800 people.