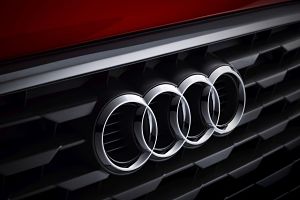 Audi’s dealer dispute in China seems to have affected the company’s first quarter sales figures, which were released this week and showed a 22.1% year-on-year drop in its biggest market during the first three months of 2017.

The company’s dealers in the country have expressed opposition to the OEM’s plans to produce and sell cars under a second local joint venture with SAIC Motor Corp out of concern the move will increase competition.

The Audi dealer network told China Daily in February that it would like the carmaker to reach its goal of selling 1m cars annually in the country by 2020 before forming any new partnerships.

“Audi and FAW are currently engaged in very constructive talks with their dealership partners to further develop activities in China profitably and sustainably for all partners,” said the carmaker in its quarterly sales report.

“While talks continue, Audi dealers managed their business cautiously in the first quarter.”

At Audi’s annual press conference in mid-March, chairman Rupert Stadler said management had anticipated that its existing partner, FAW, would “have to get used to the idea” of its proposed partnership with SAIC.

“So we have just set up and signed a 10-year plan with our longstanding joint-venture partner, FAW-VW,” he added.

“We are convinced that the Chinese market is big enough and is continuing to grow. That guarantees stable growth for all our partners. Current volume implications will not affect this strategically important step,” he continued.

Recent reports suggest the company has agreed to halt plans for the new network until its annual sales in China reach 900,000 vehicles.