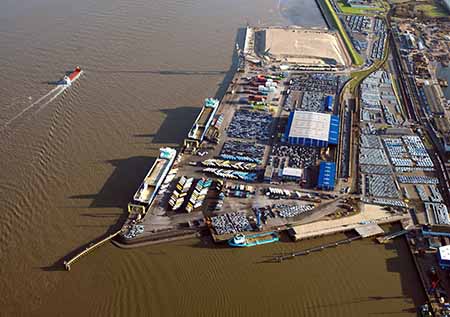 BMW has extended its contract with Rhenus Worldwide at the northern German port of Cuxport for the processing of finished vehicles destined for export to the UK and Scandinavia.

The vehicles are made at the premium carmaker’s plants in eastern and southern Germany, as well as in Austria under contract with Magna Steyr, and are moved to the port by rail.

From there, short-sea European ro-ro operators UECC and DFDS move the vehicles to the UK via the port of Immingham, while K Line European Sea Highway Services (KESS) takes a percentage of the vehicles to Scandinavia on a twice-weekly service.

Cuxport is one of Europe’s main transhipment ports for finished vehicles and is shortly opening a new berth to handle more volumes. Rhenus said the port transhipped approximately 480,000 new vehicles in 2017. It also serves as the hub for the onward transport of vehicles to Denmark by truck.