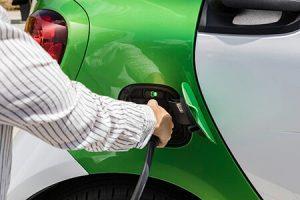 OEMs and companies in the automotive supply chain show a lack of comprehension of how serious the situation is in accessing key metals required for electric vehicle (EV) batteries, according to Scott Williamson, managing director of Australian mineral explorer and mine developer Blackstone Minerals.

“I don’t think they [the automotive industry] understand how critical and difficult it is to get hold of these metals,” he told Automotive Logistics.

“There’s a disconnect between the amounts of money at the automotive level and what comes down to us,” he added. “If the money doesn’t come down to the mining level, there will be no EV revolution.”

“There’s a disconnect between the amounts of money at the automotive level and what comes down to us. If the money doesn’t come down to the mining level, there will be no EV revolution ” - Scott Williamson, Blackstone Minerals

Of the key input materials, lithium and manganese are the most plentiful around the world and do not present a sourcing problem. But 80% of cobalt is in the Democratic Republic of Congo (DRC) where a change of president could lead to a threat to the security of supply, Williamson said.

The greater problem is with nickel, which he described as amazingly difficult to find. And when the metal is produced, EV battery makers will be competing with the long-established – and still growing – stainless steel market. It consumes 95% of all nickel.

Williamson was speaking to Automotive Logistics after his company, based in Perth signed a Memorandum of Understanding (MoU) with South Korea’s Ecopro BM, a cathode manufacturer for EV batteries.

The non-binding agreement envisages the companies forming a joint venture (JV) to produce suitable nickel, cobalt or other input material for lithium-ion batteries. The potential partnership is based on Blackstone’s Ta Khoa nickel project in northern Vietnam, which contains cobalt and other minerals in its ores.

The MoU is non-binding because Blackstone is talking to other potential funding partners, including EV battery producers and battery materials’ manufacturers.

The potential JV with Ecopro is focused on building a downstream processing plant; the exploration and mining side, including upgrading and restarting an existing 450,000 t/y ore processing plant at Ta Khoa mine which has been mothballed since 2016 will be up to Blackstone to fund and put into operation.

The nickel sulphate produced from it will be added to cobalt, some sourced from Ta Khoa, and manganese for Ecopro to use as precursors for the cathodes it makes.

Attractions in siting the production plant in Vietnam include low labour costs, abundant hydropower, closeness to the main markets of China, Japan and South Korea, and the 20% tariff Vietnam imposes on exports of ore concentrates to encourage establishment of a processing industry in the country, said Williamson.

Among possible users of batteries eventually produced from Ta Khoa-sourced metals is Vietnamese startup VinFast which began producing electric cars in the northern port city of Hai Phong in June.

One of the reasons Blackstone is putting so much effort in exploration, Williamson said, is to build up the project’s ore resource to guarantee a long mine life. “The end-users are looking to security of supply for 10, 20, 30 years,” he said.

Indeed, only on 18 December Blackstone announced it had discovered a new prospect, the King Cobra nickel sulphide zone. Drilling and exploration continues.

The nickel sulphate market is “pretty small” now, but it has potential to take off thanks to the EV revolution, he added.